All displays require calibration, no matter their application, if the original intent of the image being viewed is to be maintained.

There are two main reasons for display calibration, depending on the position of any given display within the image chain - initial image grading during program mastering, or later image viewing as a final consumer.

Colour management doesn't mean squat if your audience is on cell phones and un-calibrated home screens.

The above is a fairly common comment regarding display calibration when performing grading or mastering.

Unfortunately it is this lack of forward thinking that causes a number of major problems with later viewing of material on any display.

If you do not care about accuracy during the image generation, the results will always be bad - on any display, regardless how well it is calibrated - or not. Two wrongs can never make a right, while a right and a wrong will always lessen the final error.

If your grading display is crushing blacks, and is too blue it will cause you, the colourist, to lift the blacks to overcome the crushing, and make the image too warm to counter the inherent coolness of the blue display. So when the graded images are viewed on a correctly calibrated display the result will show the inaccurate grading, while things will get much worse if the final viewing display has lifted blacks, and is too warm, as the images will show grey blacks with washed-out detail in the shadows, and a very inaccurate overly warm colour temperature.

When mastering, if you always work on a well calibrated display the worse any final error can ever be is just that of the un-calibrated viewing display, and as the viewer is used to seeing final image on that display - most of which will have been generated on reasonably calibrated displays - they will be able to judge by reference the quality of your images - a direct comparison to what they are used to seeing.

If you have graded on a poorly calibrated display their relative judgement on their still un-calibrated/inaccurate display will define your images as being yet more inferior.

That is the definition of a poor workman, with a poor workflow, and is something all professional should always strive to avoid.

This is also why a colourist must never deliberately alter a grade for viewing on an un-calibrated/inaccurate display, no matter what any unknowledgeable client/producer may ask for. Altering a grade so it becomes inaccurate on a calibrated display will show as being yet more inaccurate on any other un-calibrated/inaccurate display, as the relative comparison to other accurately graded material will make the deliberately altered grade appear even more wrong... 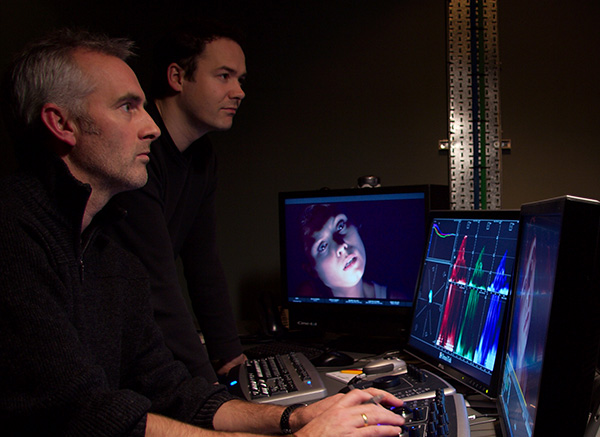 The advanced level of accuracy provided by ColourSpace has lead many of the world's leading display manufacturers to partner with Light Illusion for display calibration, including Canon, Konvision, Postium, TVLogic, Flanders Scientific, Eizo, Dolby, SmallHD, Convergent Design, NEC, BenQ, and many more.

Calibration for final viewing is actually more obvious, as without it you will never be seeing images as the production team - specifically the DoP and colourist- intended, which greatly reduces the impact of the viewing experience as much of the emotion in any moving image is portrayed through the use of colour, even if that means removing colour...

Most consumer home TVs and projectors are obviously made to a budget to compete within their sales market, and are factory configured to stand-out on the show-room floor. None of which attributes to final image accuracy, distorting the original intent of the production company responsible for the original media content.

Therefore, display calibration for final viewing is the process of adjusting a display's settings, often through the use of an external LUT box, so that the viewed images match as closely as possible the colour standards used for initial video mastering, enabling the original artistic intent to be viewed, preserving the emotional content, and so maximising the intended viewing experience.

Calibration is based on matching industry video standards that define how an image should look on any given screen when accurately matched to the given video standard.

Unfortunately, nearly all home TVs are provided with very poor factory calibration out of the box, with over saturated colours, widely inaccurate gamma and colour temperature, and incorrect black and white levels, with such settings aimed at looking pretty in the TV show-room.

Showroom settings are anything but accurate, and demand the TV be accurately calibrated before any images will look as the production intended.

Basically, the aim for all calibration is to make the home TV or projector behave as much like a professional grading monitor as possible, ensuring the full impact and emotional intent of the viewed media can be enjoyed to the full.

It is very important to realise that no Factory Calibration for any mass-market display or TV is ever good. Even those aimed at the professional market, rather than generic home TVs.

During the manufacturing process the time allocated to calibration is negligible, if any is allocated at all. Most such displays/TVs are just loaded with generic calibrations to get them in the ball-park, based on testing on one unit prior to the manufacturing run. To spend time actually calibrating each individual display would add significant time, and therefore cost...

When you get to more specialised display manufacturers it is likely that more time will have been allocated to calibration, but in reality it will never be performed to as critical a level as an end user performing their own calibration.

Even with the highest-end probes, the level of profiling required, with many thousands of calibration patches being used, will take more time than any manufacturer can financially allocate.

All displays drift over time, and ageing causes a loss of brightness and gamut that is not just drift related. These changes can happen a lot quicker than expected, and regular recalibration is the only way to maintain display accuracy.

Most display manufacturers are in agreement with this, and a recalibration schedule of at least once per month is recommended, with more regular calibration verification being performed. For those really serious about calibration accuracy a daily verification is often performed, although weekly is likely sufficient.

Regardless, regular calibration is a necessity, not an option, if display accuracy is to be maintained.