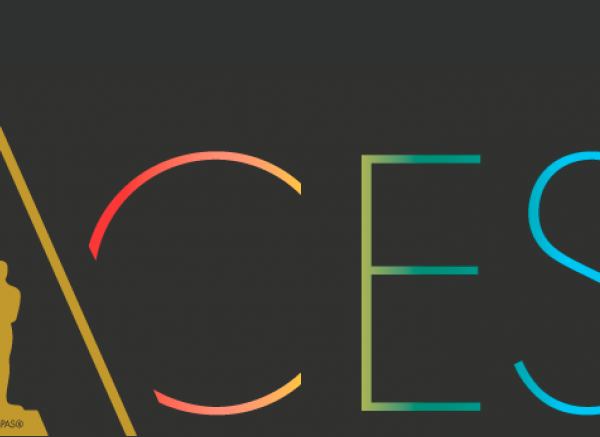 Before beginning any ACES based workflows it is worth reviewing what ACES actually is, and what it is/is not suitable for when performing colour orientated workflows.

The best final image quality is always generated from the workflow that involves the least number of image transforms, and performs the creative work at the best possible effective bit-depth

The first point to be made is that compared to other workflows ACES will not improve the final image quality, or enable improved/better colours, or provided any other image related benefit. It is not a magic bullet that somehow guarantees better end results.

ACES was initially designed and intended to be an exchange format to enable simpler workflow interaction between different VFX houses, originally called IIF (Image Interchange Framework) with ACES just defining the encoding specification. It was not, and never has been, something that can improve the quality of an image from capture through to delivery, especially if the project is being performed within a single post facility, as is often the case.

One of the fundamental approaches that needs to be understood with respect to ACES, and other Open Colour Space workflows, is the difference between Scene Referred & Display Referred image workflows.

Traditionally, most 'video' cameras output an image that was immediately Display Referred, as the camera output was mapped to look 'correct' on a TV, without any creative involvement.

Digital Cinematography cameras took this to the next stage, and output an image that was not processed into a given colour space, but output in a format designed to deliver the maximum capture range of the camera - colour and dynamic range. This Capture Referred, or Camera Referred image could be processed into Display Referred by the application of a simple 3D LUT, often provided by the camera manufacturer, or simply graded by a colourist while reviewing the image on a calibrated display, so again forcing the image into a Display Referred space.

Scene Referred simply means the image data is maintained in a format that as closely as possible represents the original scene, without effective restriction on colour or dynamic range. This is not necessarily the same as the raw image data as exported from the camera (after any necessary debayering, etc), but attempts to 'correct' the image to better match the scene the camera was originally pointing at, which may include white point correction, gamut correction, etc. These processes are often referred to as 'Scene Reconstruction' processes.

Scene Referred is also often in Linear Light, which while suitable for computer graphic rendering, is not suitable for grading workflows.

The problem is neither Display Referred, or Scene Referred, workflows really work well in the real world, and so inevitably compromises have to be made.

In reality, using a Display Referred workflow, with a suitable viewing LUT to maintain the timeline images in a colour space that is greater than the display colour space, can be a far better workflow, with far less complexity and issues to overcome, with less image manipulations being performed, and so potentially the best final image quality.

For example, a P3 HDR to Rec709 Viewing LUT would effectively push the images being worked on into a P3 HDR colour space, while image manipulations are performed viewing a standard Rec709 display.

It is important to realise that we have been working with High Dynamic Range (HDR) and Wide Gamut (or even Ultra Wide Gamut - UWG) images for a long time, as most Digital Cinematography cameras capture this way, as did Film Negative before it

The desire to use ACES for any project needs to be fully reviewed and assessed before its adoption, as its use can often prove to be more complex and costly, with no direct discernable benefit, when compared to alternative workflows. ACES is best suited to large productions, that will involve a large number of facilities, with a large quantity of VFX shots.

In ACES workflow the LMT sits before the RRT, and applies a creative Look to the image path.

Referring to the above workflow overview, the concept of ACES should be relatively simple to understand, as well as the possible limitations and issues.

As can be seen, there are a number of obvious potential issues and limitations, including a vast array of formulas and conversions within each ACES CTL, which has the result of isolating the creative process from the image being worked on.

A further confusion with ACES is the actual colour space itself.

The result of the above potential issues and restriction with ACES has been to prompt some creative equipment manufactures to enable their own 'Open Colour Space' workflows, which potentially offer cleaner and simpler capabilities.

Due in part to the potential complex nature of ACES many creative equipment manufacturers, and others, have developed alternative open colour image workflows which potentially offer cleaner and simpler workflows capabilities for projects where ACES is not really suited or needed.

The simplest workflow by far is to use a Display Referred workflow, with a suitable viewing LUT to maintain the timeline images in a colour space that is greater than the display colour space. Such simple workflows can often be far easier, with far less complexity and issues to overcome, with less image manipulations being performed, and so potentially the best possible final image quality.

It is the Viewing LUT that defines the working colour space, by setting a colour space transform from the LUT input to output.

If working on a single camera project, the input to the LUT can be the camera's native colour space, with the LUT output being the display's colour space - Rec709, or P3, etc.

If using multiple cameras, the Viewing LUT can be a defined working colour space, such as P3 Log, with the same output display colour space. In this way, and grading work will map the input images into the LUT's input colour space.

If a decent colour chart is used for each shot captured, with the same lighting exposure used every time, performing an input grade to normalise the colour chart will also perform the role of an IDT, pushing each shot into a user defined Grading space.

Obviously, if IDT's exist for the cameras used, they can simply be added to the workflow, but without any additional ACES CTLs, making the Grading Space ACES, but without the use of any other ACES components - such as the RRT/ODT, as the Viewing LUT replaces their use.

A further potential step is to use a User Defined LUT or CTL to move the input ACES colour space, as defined by the IDT, into a more user friendly open colour space, that uses a smaller gamut and dynamic range, so making better use of the available bits.

And with ColourSpace, the generation of suitable LUTs and/or CTLs is very simple.

When combined with MatchLight IMS this even enables the automatic generation of user defined camera IDT files.

See the ColourSpace ACES Tools website page for information on working with ACES within ColourSpace.