The Discounted advanced purchase pricing of ColourSpace will soon be coming to an end.

This special offer will end when ColourSpace is fully released, at the end of the Beta Program.

For existing LightSpace customers, please use the Quote Form to request an advanced order upgrade quote. 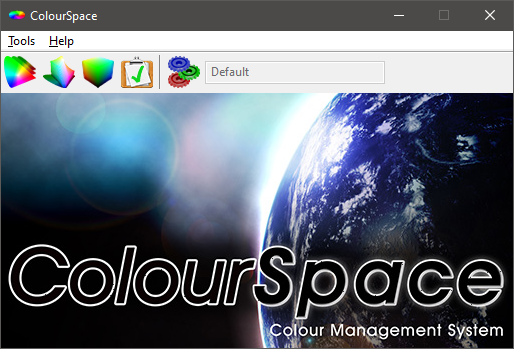 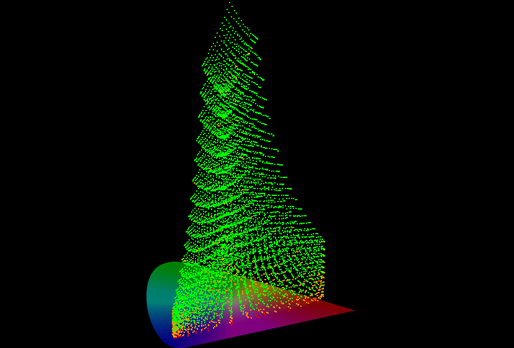 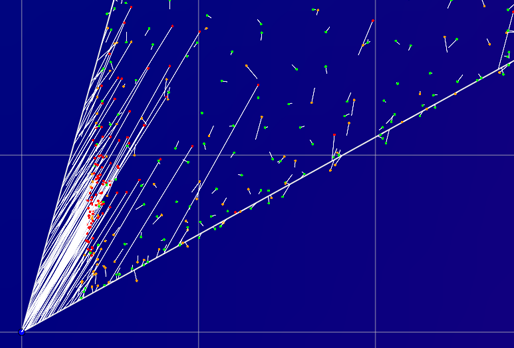 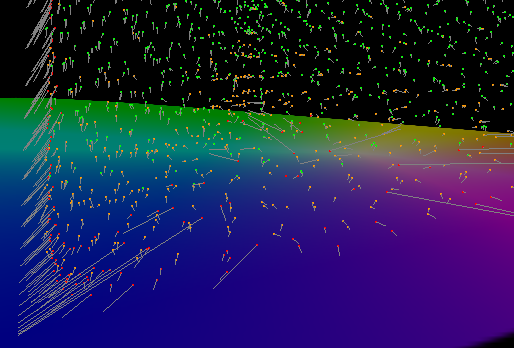 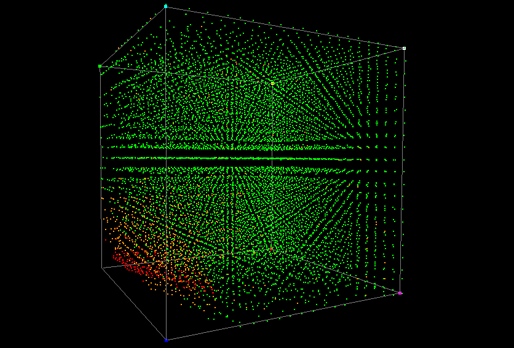 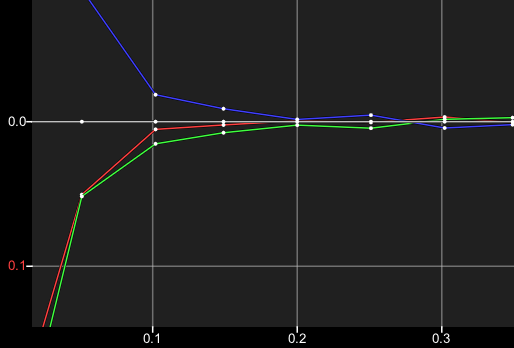 ColourSpace is the new de-facto standard for advanced colour management, guaranteeing the highest possible level of display calibration and colour control, regardless of final application.

New user defined patch colour sequences have been implemented for manual TV CMS adjustments, allowing any patch sequences to be imported for either manual or automated measurements.

New Remote Control integration allows for the development of third-party programs to both control ColourSpace, as well as receive data from ColourSpace, enabling additional colour management processes outside the direct capabilities of ColourSpace.

But, the biggest new capabilities ColourSpace enables is future flexibility.
The new code base has been developed to allow unrestricted future development of new calibration tools, graphical layouts, direct data interactivity, and more. ColourSpace really is a totally new approach to calibration, and calibration tools.

The initial release of ColourSpace is Windows only - A Mac version will potentially be made available later
For Virtual Machine use, a specific request must be made to have that option enabled, via the VM License Key form

Why does ColourSpace report Windows on a PC is operating inside a Virtual Machine?

If ColourSpace reports Windows is operating inside a Virtual Machine, it's almost always the case that the PC has a hypervisor enabled, or a feature enabled that depends on Windows running under a hypervisor.

To can check if the PC is running inside a VM open the 'Turn Windows Features on or off' dialog, and checking if any of the following nodes are enabled. If any are, the PC is operating inside a virtual machine.

(Note: On earlier versions of Windows the option is found in the Control Panel/Uninstall Programs, on the right hand side of the window. On Windows 10 select Settings and type 'Hyper-V' in the search box.)

All need to be disabled to prevent Windows virtual machine operation.

If all the above are unchecked it is likely Intel's hypervisor enabled in the BIOS. That too will need to be disabled.

All Light Illusion software is presently Windows only, unless otherwise stated.

All software is guaranteed only for OS versions that are still supported by Microsoft.

Depreciated OS versions are not guaranteed to work.

ColourSpace is provided with a range of license options, tailored to meet the needs of different user's requirements, including professional film and TV facilities, medical applications, AV specialists, and home cinema users.

Professional license levels of ColourSpace are aimed at post-production facilities, film studios, broadcasters, independent colourists and VFX creatives, as well as within medical environments, where colour management and display calibration is critical.

Manual licenses provide interactive measurement tools for the manual adjustment of displays via the user controls provided within the display.

ICC, VCGT, and LUT Extraction licenses provide a range of tools that enable the management of ICC profiles, video card gamma tables, and the automated generation of LUTs from before/after images.


The above video is a brief overview of the traditional 2D charts in ColourSpace, as well as the new 3D volumetric 3D graphs, all fully interactive, sizeable, and colour coded.

The colour coding helps quickly identify the accuracy of any given measured point.

The white Tangent lines are visual plots of any given point's error.
The line starts at the actual volumetric location of the measured point, and ends where the pont should be.
A very graphical way to show each and every error in any given display.

The background to ColourSpace is some 5 years old - yes, we really have been working on it that long! - with the equivalent of an unprecedented 15+ years man-hours development time dedicated to re-imagining the needs and requirements for next generation display calibration, colour management and colour workflows.

While there are similarities in some areas of the look and feel of ColourSpace when compared to the existing LightSpace CMS, only the Gen3 Colour engine is similar, with the rest of the system being totally new, built from the ground-up, with no code similarity.

ColourSpace has been developed as a ground-up new system as the age of LightSpace was beginning to show. We need a new platform to take calibration onwards, with new capabilities suitable for now, as well as for years to come.

Further, improvements in development tools, as well as the new code-base, mean we may potentially be able to offer calibration capabilities that go beyond LightSpace's Windows OS only operation. Within limitations, we 'should' be able to offer a Mac version of ColourSpace. This will not be available initially, but we presently do not see any reason a Mac version should not become available at a later date.

For any existing LightSpace CMS user there is a very good Trade-up discount scheme available.

Discounts are defined on a one-on-one basis, but will be 100% for any LightSpace license purchased in 2019/2020.
For LightSpace licenses purchase before 2019 the discount will vary, based on the age of the license.

To discuss Trade-up discounts, please use the Quote form.

Our decision to make some very big changes to the underlying ColourSpace code, as well as the total re-writing of all hardware integration, has added additional delays to the release timescale for ColourSpace. While this has added more immediate work, it will enable a lot more future flexibility, and even greater capabilities going forward.

The ColourSpace Beta Program is progressing well, and a yet another Beta Update has been released tody.

The main additions are the remaining LUT Filter options, and the ability to edit point data the in Point Info window.

A Full ColourSpace release will be launched as soon as Beta Testing is complete, although some advanced features will still need to be incorporated, such as Reports, Camera Profiles, LUT Extraction, ICC Tools, etc., and those tools will be added into ColourSpace as development moves forward.

To discuss ColourSpace purchase options, please use the Quote form.

The ColourSpace Beta Program is now active, and is open to customers that have purchased an advanced ColourSpace license, including LightSpace purchases made since Jan 2019.

During the Beta Program, ColourSpace will not be fully formed, and will be continually updated during the testing phase, and on into the full release.

The present status of ColourSpace is detailed here, and updated with each new software release.
Note: The features listed here are based on v1 ColourSpace, and do not take into account any planned future developments.

The introduction of ColourSpace will obviously have an impact on LightSpace.

As one of the major reason for the introduction of ColourSpace is to provide a platform for future colour and calibration developments, many of the new capabilities that will be introduced with ColourSpace will not be backwards compatible with LightSpace.

The new Volumetric 3D Graphs are a good example of that. They are just not compatible with the LightSpace code base.

That's not to say that compatible developments will not be added to LightSpace, as the new 'Remote Control' capabilities show, as they have been developed for ColourSpace, but have already been added to the next LightSpace release.

And bug fixes will obviously continue.

But, as time progresses, less and less ColourSpace developments will be compatible with LightSpace. And eventually it will just make no sense to continue to develop new LightSpace capabilities in parallel with ColourSpace.

Quite when that will be is really an unknown, and we will have open discussions about that as the time approaches.

But, very specifically, LightSpace is NOT being discontinued, and no users will be forced into jumping to ColourSpace, unless they choose to do so.

Being based around Light Illusion's Gen3 Colour Engine, as used in LightSpace, the calibration accuracy of ColourSpace is unmatched by any competitive calibration system.

For quick and simple, but accurate assessment of any display, the measured colour points are uniquely displayed colour coded to define individual dE accuracy.

The core code of ColourSpace is lean and clean, resulting in unmatched speed across all aspects of operation, from graph interaction, to final display calibration, LUT generation, and information assessment. 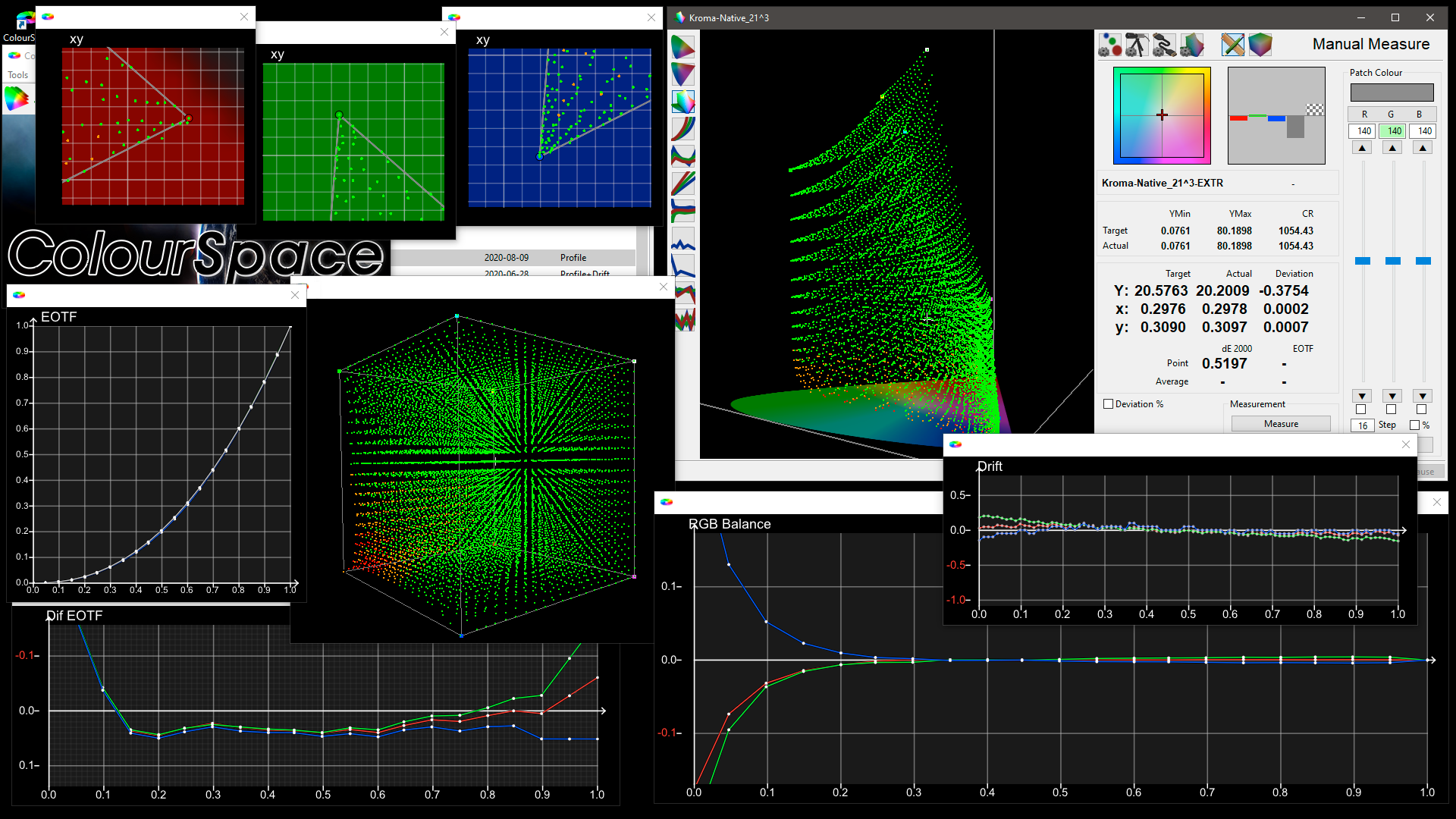