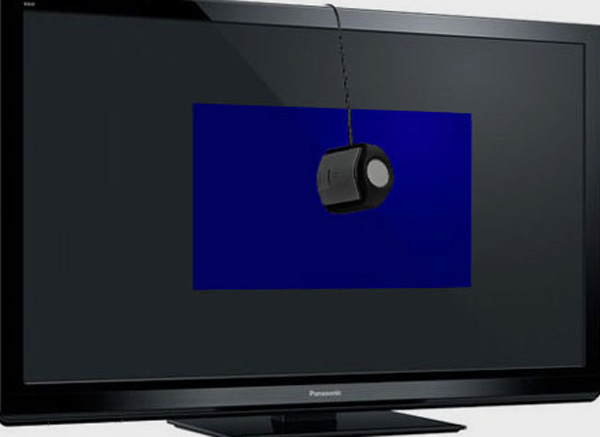 TV Autocal is cited as being a way to automate the manual calibration process for TVs, removing the need for direct user adjustment.

Unfortunately, the results of an Autocal process are often inferior to a manual calibration.

Although Autocal is, well, automated calibration, it is not in any way related to automated 3D LUT calibration.

The best way to describe Autocal is automated manual adjustments, using an iterative guesstimation approach to making multiple adjustments for any of the available grey scale or colour points.

The iterative adjustments made are not calculated by any colour algorithm or colour engine, as the lack of additional measurement points makes such calculations virtually impossible. Each change is just a guesstimation of the correction needed, based on the measured value, and the expected target value for the given colour space.

Additionally, any given point's adjustment will impact other points within the available adjustments, requiring each point to be adjusted more than once.

Autocal is not in any way related to 3D LUT based calibration, as it is guesstimation based, using iterative attempts at corrections to attempt to minimise final errors.

Each adjusted point also often affects other associated points, meaning the iterative process needs to be applied across all given points, not just the present point of interest.

As a consequence of the lack of calibration algorithms or advanced colour engine involvement in the adjustments being made, the final accuracy is down to the guesstimation process, the level of granularity of the possible adjustments, and the point at which the Autocal system say the probe reading is good enough.

As can be seen in the grey scale results above, it is not unusual for large errors to remain, as shown at 28%, as well as large variations in the achieved accuracy, as seen at 4% and 10%, which will result in visible banding within the grey scale.

The example here was after an hour's Autocal, and a total of over 500 individual reads being taken. Chances are a manual calibration would have been quicker, and a lot more accurate...

Depending on the TV in use it may be possible to manually readjust the error points, but as outlined above, that may cause other points to become inaccurate, requiring all points to be rechecked and adjusted.

In reality, a manual calibration will nearly always generate a better end result, due to the involvement of the human brain in making the colour adjustment decisions. Looking at feedback from a calibration system when taking live, continuous readings, a calibrator can easily understand the required manual adjustments needed, and finesse them to a more accurate final level.

Another issue with Autocal is potential misalignment of the correction points with the control's adjustment. For example, the 75% grey scale adjustment control needs to adjust the 75% luma level of the display, not a different level. If the display's grey scale alignment points are not consistent, or if they move their relative position with changes in the display's contrast and/or brightness, accurate grey scale calibration will be impossible.

The obvious answer is to set all the TV's controls to their default, to minimise such issues, and change later, if needed. The problem with that is changing brightness/contrast after calibration - Autocal, or manual - will introduce errors in the grey scale calibration...

The only way around these issues is an extended guesstimation process, revisiting each adjustment point time and again, in an attempt to minimise the interactive nature of the misaligned points.

In all honesty, the human eye/brain of a pro-calibrator is far better at this...

ABL/ASBL, and other such issues

Both cause major issue with Autocal, as even automated systems to avoid ABL/ASBL tend to not work when the overall duration that the measurement different patches will be on-screen is an unknown variable.

A further issue is heat build-up, and cool-down, during the Autocal process, as different luma level patches will be on-screen for different time duration. Such changes in screen temperature have a real impact on the screen's measurements.

All these issues are yet another reason Autocal is often not accurate at generating a final calibration result.

In reality, a manual calibration will nearly always generate a better end result, due to the involvement of the human brain in making the colour adjustment decisions. Looking at feedback from a calibration system when taking live, continuous readings, a calibrator can easily understand the required manual adjustments needed, and finesse them to a more accurate final level.

The Benefits of ColourSpace

With ColourSpace, any user can generate dedicate patch sets to directly match the control points for any given TV, enabling the correct adjustment points are used.

If the correct adjustment points are not known, it is a simple process to use ColourSpace to define them, testing different patch values to assess the interaction with the TV's adjustment controls.