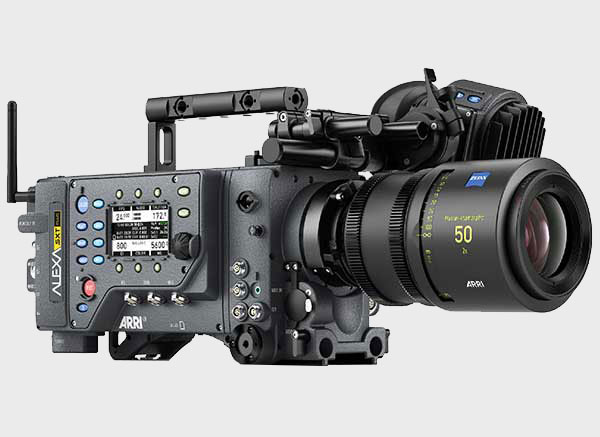 One of the most common requests for the ColourSpace ARRI Look tools is the generation of ARRI Looks for use on-set when shooting with ARRI cameras, generated from existing LUTs.

ARRI Looks are based on simple colour controls, including Saturation, Printer Lights, CDL controls (Slope, Offset, and Power), and mono free-form curves for each RGB colour channel. While this is a fairly powerful set of parameters, there are some restrictions on what colour changes can actually be represented.

The ARRI Look Export function will do the best possible to faithfully represent the LUT being 'extracted', based on the relatively limited capability of the ARRI Look format. The more complex the LUT the less accurate the extracted Look data will be - obviously - but the results can be surprisingly good.

Note: it is imperative to realise that the generation of ARRI Looks for 3D LUTs can never be an exact science. The final result will always be something of an approximation based on the restrictions of the ARRI Look format.

To enable access to the ARRI Look tools first load the source LUT into ColourSpace, double click on the LUT from within the Library to open the LUT Tools menu, and select LUT Adjustment, ARRI Look. 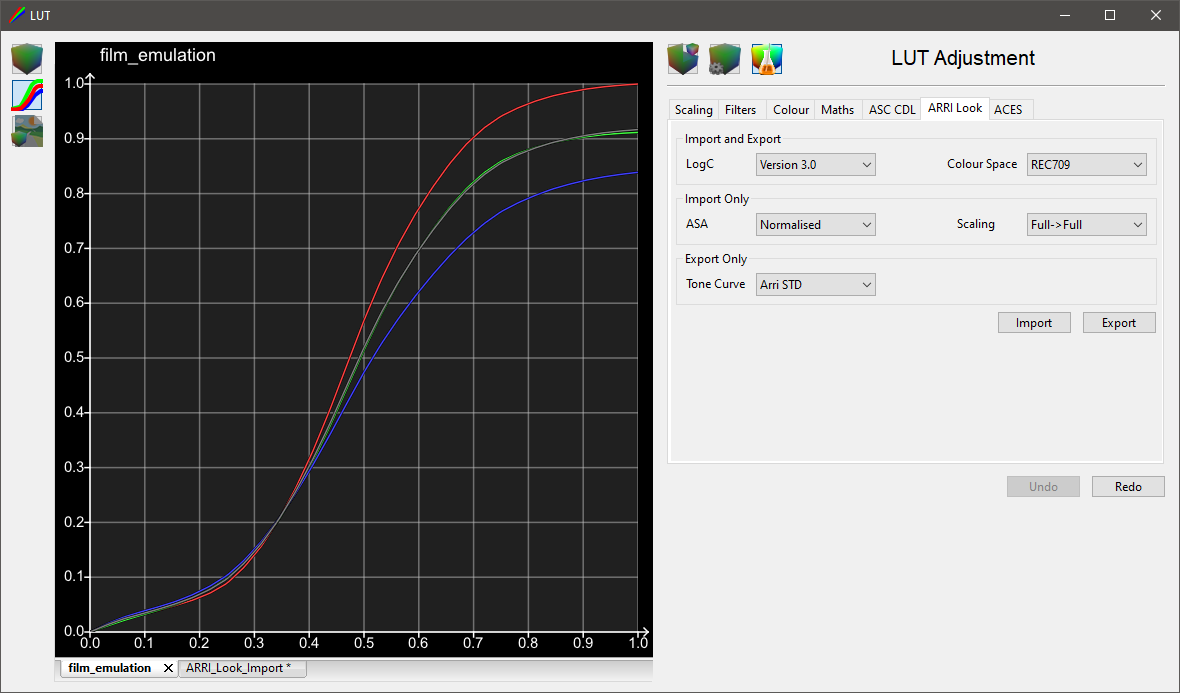 Select the required parameters within the Import and Export & Export Only options, and select the Export button to perform the ARRI Look extraction operation.

After extraction a pop-up window will give a percentage accuracy figure for the extraction - please note this value tends to be a tad pessimistic!

After the ARRI Look has been extracted, use Manage LUT, and New to open a new Null LUT, and then used the Import functions to apply the extracted ARRI Look to the Null LUT, enabling a direct comparison of the ARRI Look data with the original LUT.

Converting an Arri Look file into a 3D LUT is a lot simpler, and will generate very accurate results.

First, with LUT Tools use Manage LUT, and New to open a new Null LUT, and use the Import and Export & Import Only options to set the desired parameters.

When the Import button is selected, a navigation window will open enabling the required ARRI Look to be selected, and applied to the Null LUT. 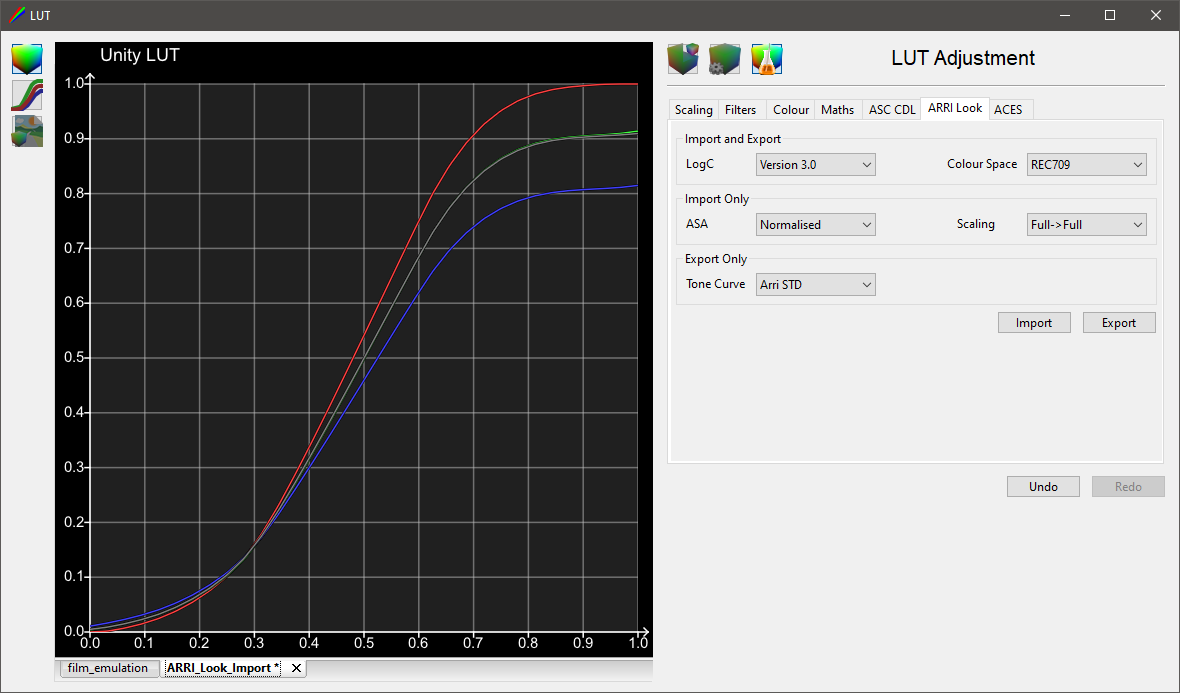 If a Null LUT is not the presently active LUT within LColourSpace the ARRI Look data will be concatenated with the existing LUT configuration, which can be a very powerful tool, for example converting an ARRI Look to operate within a different colour space.

With the generated LUT held with ColourSpace, it can be exported in any LUT format as required, or directly uploaded to integrated LUT boxes or monitors.